Per Federal Orders: Face Coverings Required on Airport Property; Failure to Comply May Result in Removal from Airport and Federal Penalties
ExpressTram, Parking & Restaurant Temporary Changes – Know Before You Go
COVID-19 Information for Customers
3 active alerts
Home Business About WCAA Board Board Members
Explore This Section

Marvin W. Beatty is Chairperson of the Wayne County Airport Authority Board. Beatty is the Vice President of Community and Public Relations for Greektown Casino and was Executive Director at the Wadsworth Community Center in Detroit. He served for more than 22 years with the City of Detroit Fire Department, retiring as Deputy Fire Commissioner, and was the first African-American to hold that position in the Department's history.

Beatty currently serves as a Board member for the NAACP, Chairman of the Coleman A. Young Foundation, Downtown Detroit Partnership Board of Directors, and is active with the Detroit Economic Growth Corporation, Detroit Riverfront Conservancy, and many other organizations throughout the metropolitan Detroit area.

Beatty received his Bachelor of Arts degree in Urban Management and is a graduate of the National Fire Academy Executive Development Program. From 1995 to 2010, Beatty served as Chairman on the Board of Zoning Appeals for the City of Detroit. 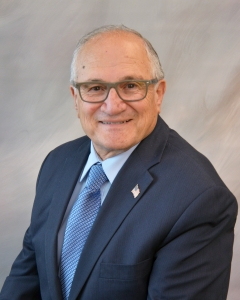 From 2001 until his election to the Commission, Haidous served as the city of Wayne’s mayor. While in office, he implemented cost saving measures and chaired the Downtown Development Authority, as well as several committees. Haidous held a seat on Wayne’s City Council from 1993 to 2001.

Haidous is knowledgeable about transportation issues, having served as a board member for the Suburban Mobility Authority for Regional Transportation—better known as SMART—since 2007. Currently, he is chairman of the SMART Board. Also, he has chaired the Southeast Michigan Community Alliance's Southeast Government Alliance, Wayne County Community Development Block Grant Advisory Council, the Conference of Western Wayne and the Central Wayne County Sanitation Authority. In 2015, he was named to the Governor's Talent Investment Board.

Prior to his career in public service, Haidous and his wife owned and operated Al's Friendly Market for 35 years in the city of Wayne. His term on the Airport Authority Board will expire on October 1, 2024. 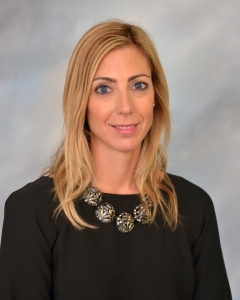 Athina Papas is Secretary of the Wayne County Airport Authority Board. Papas is the Executive Officer at the Atheneum Suites Hotel in downtown Detroit. With a career focused in hospitality and real estate, Papas manages communications and implements property-wide strategies to support the hotel’s operational objectives. She also establishes and maintains high standards for guest and employee relations. Additionally, Papas oversees company growth at Helicon Holdings, a family-owned Detroit based real estate company, where she assists in management of properties and represents the company’s holders in metro Detroit.

Papas is active in the community, serving as President of the Greektown Preservation Society. She is also on the board of Operation Give, a nonprofit organization with the mission to inspire people to make a difference in the lives of children by working with area hospitals to aid in research and/or access to health care.

Michael Ajami is the Principal Attorney and Owner of Ajami Law, PLC. He also serves as a Special Assistant Attorney General in Michigan’s Solicitor General Division, where he is a member of the Flint Water Prosecution Team.

Dennis W. Archer Jr., Esq. is the CEO of Ignition Media Group, a leading integrated marketing agency based in Detroit. Mr. Archer is also president and founding partner of Archer Corporate Services. His hospitality holding company, Congress Hospitality, is creator and managing partner of award-winning Central Kitchen + Bar, located in downtown Detroit. Additionally, Archer is a real estate developer dedicated to giving back to the city of Detroit and its surrounding areas.

Archer’s civic and philanthropic involvement is extensive. He serves on the executive committee of the Detroit Regional Chamber Board of Directors and is a past chair. Archer is a founder and the chairman of the Paradise Valley Foundation. He also holds a seat on several boards, including the General Motors Inclusion Advisory Board and the Independent Bank Corporation.

Archer, a Detroit resident, received both his bachelor’s and Juris Doctor degrees from the University of Michigan. He also earned a certification in the NMSDC Advanced Management Education Program from Northwestern University’s Kellogg School of Management.

Dr. Curtis L. Ivery  became Chancellor of Wayne County Community College District (WCCCD) on September 1, 1995. As the Chief Executive Officer, Ivery directs the five campus, multi-cultural institution serving more than 72,000 students. He is currently serving on the Board of Directors for the American Association of Community Colleges (AACC).

Ivery oversees an operating budget of $100 million and a $650 million capital improvement program. Prior to becoming Chancellor of WCCCD, Ivery served as Vice President of Instruction and acting President at Mountain View College of the Dallas County Community College District (DCCCD).

In 1996, the Life Extension Foundation selected Ivery as the “Community College President of the Year”, and in 2004 he received the Walter E. Douglas Humanitarian Award from Detroit Omega Foundation Inc. In 2010, Ivery was chosen as one of the first recipients of the Dr. Charles H. Wright Vision Awards in celebration of higher education.

Ivery is an accomplished author publishing books, “Journeys of Conscience”, “Reclaiming Integration and the Language of Race in the Post-Racial Era”, and others, along with publishing over 600 articles for weekly and monthly metropolitan newspapers in the United States.

Mark Ouimet was appointed to the Wayne County Airport Authority Board by Governor Rick Snyder in 2016. Ouimet, an Ann Arbor resident, currently serves as a member of the Board of Directors of Hantz Bank and Hantz Holding Company.

Ouimet is a former member of the Michigan House of Representatives and the Washtenaw County Board of Commissioners. He also served as Chief Operating Officer of his alma mater, Northwood University, from 1991 to 2002.

Ouimet holds a bachelor’s degree in business and finance from Northwood University. His term on the Airport Authority Board will expire October 1, 2022.