Great news today for Detroit and Lufthansa Group customers throughout the Great Lakes state! Today, Lufthansa resumed service to and from Detroit Metropolitan Wayne County Airport (DTW) with three weekly flights to the airline’s largest hub in Frankfurt, Germany. With this new development, and as numerous European countries are rescinding travel restrictions and bans, Lufthansa is meeting the pent-up demand of its loyal customers throughout the United States and connecting the Detroit region to its growing network of international destinations.

The resumed route operates out of DTW on Mondays, Thursdays and Saturdays, using an Airbus A330-300 with a three-class configuration offering Business, Premium Economy and Economy classes. Lufthansa flight LH443 will depart Detroit Metropolitan Wayne County Airport at 3:45pm and arrive in Frankfurt at 5:50am the following day. All times are local. Beginning in September, and lasting through the end of the summer flight schedule, the route will shift to five weekly flights.

"The Lufthansa Group is committed to connecting passengers and serving as a bridge between the continents. As travel restrictions in Europe are decreasing, we are excited to resume transatlantic service for our Detroit area customers, many of whom have ties to in Europe, the Middle East well as other countries where we of fer easy connections,” said Frank Naeve, Vice President of Passenger Airlines Sales, The Americas, Lufthansa Group.

"The return of Lufthansa’s Detroit-Frankfurt route is a sign our industry is rebounding. Business and leisure travelers can reach practically any destination they desire by connecting in our cities, which is driving demand. As restrictions are lifted, we know Detroit and Frankfurt will become destinations again for travelers flying these routes, which will boost our economies. The future is looking brighter," said Chad Newton, Chief Executive Officer of the Wayne County Airport Authority.

Lufthansa and the Lufthansa Group Passenger Airlines offer an extensive, worldwide network. Furthermore, as the summer travel season begins, an ever-expanding route network within Europe, and throughout the Middle East and Africa, is rapidly occurring. Aside from the Group’s home markets (Frankfurt, Munich, Vienna, Zurich, Brussels), some of the most traveled regions that Michiganders visit, such as the Middle East and various European countries, such as Italy, France and Greece, are well serviced through the Lufthansa Group network.

Anyone planning a trip should take the time to research the various guidelines and requirements throughout their travel journey. Travelers transiting beyond Europe or transferring to EU destinations should also familiarize themselves with the latest entry regulations prior to departure.

For the summer 2021 travel season, the Lufthansa Group has ramped up its network reach throughout the Mediterranean and Southern Europe, both hotspot leisure destinations during the warmer months. For example, Lufthansa is now flying, non-stop, from its hubs in Frankfurt and Munich to thirteen locations in Greece, from bustling cities to idyllic islands. The thirteen locations are Athens, Mykonos, Rhodes, Corfu, Kavala, Thessaloniki, Kalamata, Preveza, Zakynthos, Thira, Kos, Chania and Heraklion.

Austrian Airlines is offering more than 100 destinations this summer – of which approximately 30 focus on leisure travel in the Mediterranean region. The airline just launched routes to classic destinations such as Crete and Rhodes. Additionally, there are more flights to Athens and Thessaloniki. In June, further destinations such as Chania, Karpathos, Palma de Mallorca, Santorini, Skiathos and Zakynthos will follow. From July onwards, routes such as Cagliari, Catania, Funchal, Gran Canaria, Ibiza, Kalamata, Mykonos, Naples, Olbia and Tenerife will be serviced.

SWISS will also be expanding its summer services from both Zurich and Geneva to popular tourist destinations. From Zurich, Berlin will receive up to six daily flights, while Barcelona, Palma de Mallorca, Hamburg, Vienna, Copenhagen and Athens will each have up to three daily services. Naples will be served up to 11 times weekly, and Thessaloniki will receive up to nine weekly flights. As for Geneva,  three new points will be served in the summer schedule – the popular Greek island resort of Santorini will receive two non-stop flights a week from 19 June, and two weekly services will also be provided to the Adriatic city of Split in Southern Croatia from 2 July.

On Lufthansa Group flights, passengers are required to wear a protective medical mask— either a surgical mask or an FFP2 mask, or mask with the KN95/N95 standard, during boarding, the flight and when leaving the aircraft. An exemption from the obligation to wear a mouth-nose mask during the flight is only possible for medical reasons, if the medical certificate is issued on a form provided by Lufthansa Group and a negative Covid19 test, not older than 48 hours at the scheduled start of the journey, is available.

As studies and reports have indicated, infection on board is highly unlikely. All Lufthansa Group aircraft are equipped with the highest quality HEPA air filters, which ensure an air quality similar to that in an operating room. In addition, the air circulates vertically instead of dispersed throughout the cabin.

Lufthansa Group airline fares can be rebooked, free-of-charge, as often as desired until July 31, 2021, if the rebooking is also made before that date. After that, another rebooking is possible free-of-charge. The newly booked flight can be scheduled within the entire ticket validity timeframe, up to one year in the future. Customers can also change their itinerary as they wish, depending on availability, and, for example, fly from Los Angeles to Munich to instead of Los Angeles to Frankfurt.

Passengers that want to postpone their original trip, but are unable to decide on a new date and destination, have the option of initially canceling their booking without committing to a new travel date. The customer's ticket remains in the system as a credit until they decide to make a new reservation and redeem it. The new booking must be made by August 31, 2021. In this situation, the departure date must be by July 31, 2022.

The rebooking fee waiver applies worldwide, for all new bookings in all fares on short, medium and long-haul routes. This enables flexible travel planning for all Lufthansa Group Airlines customers. 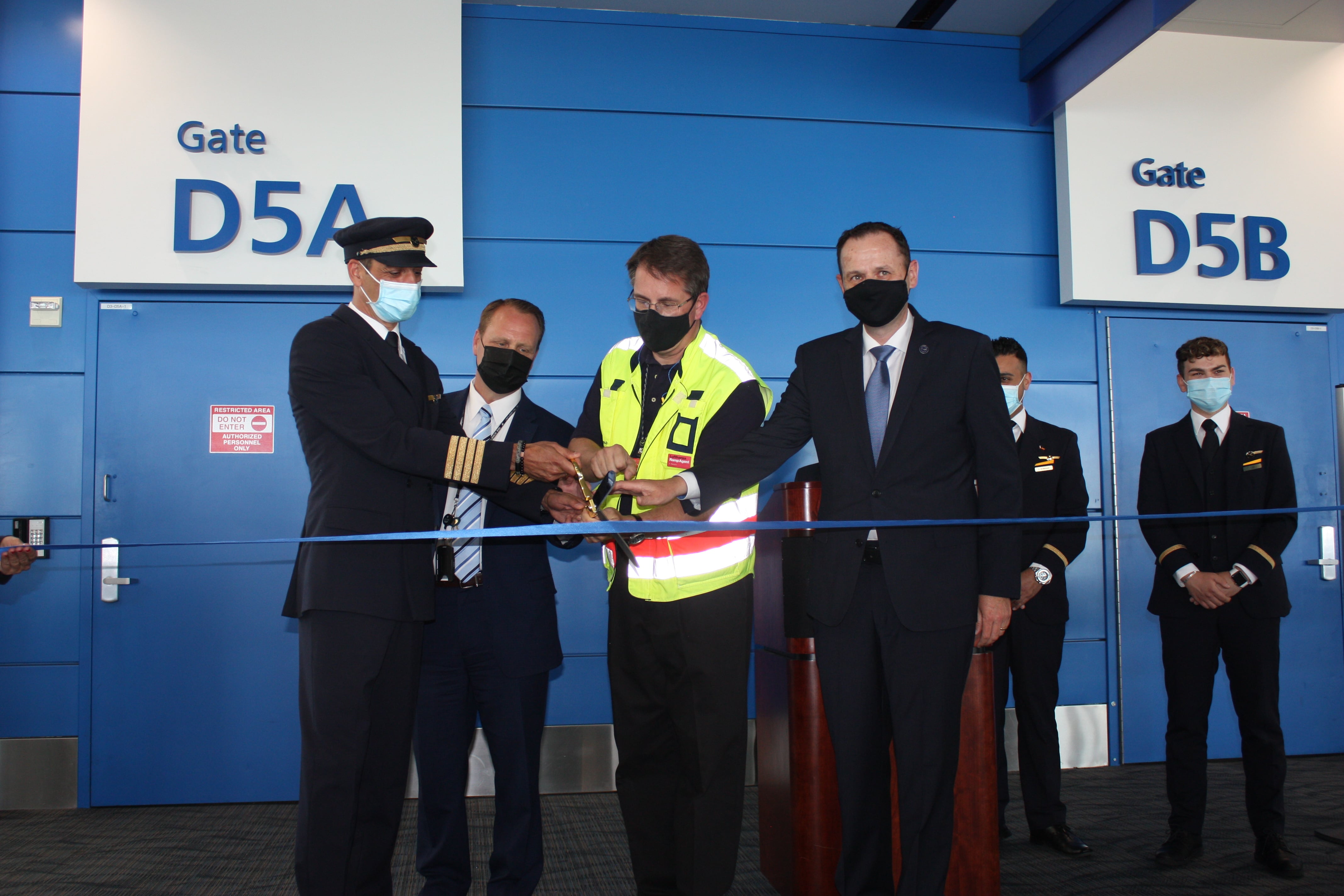 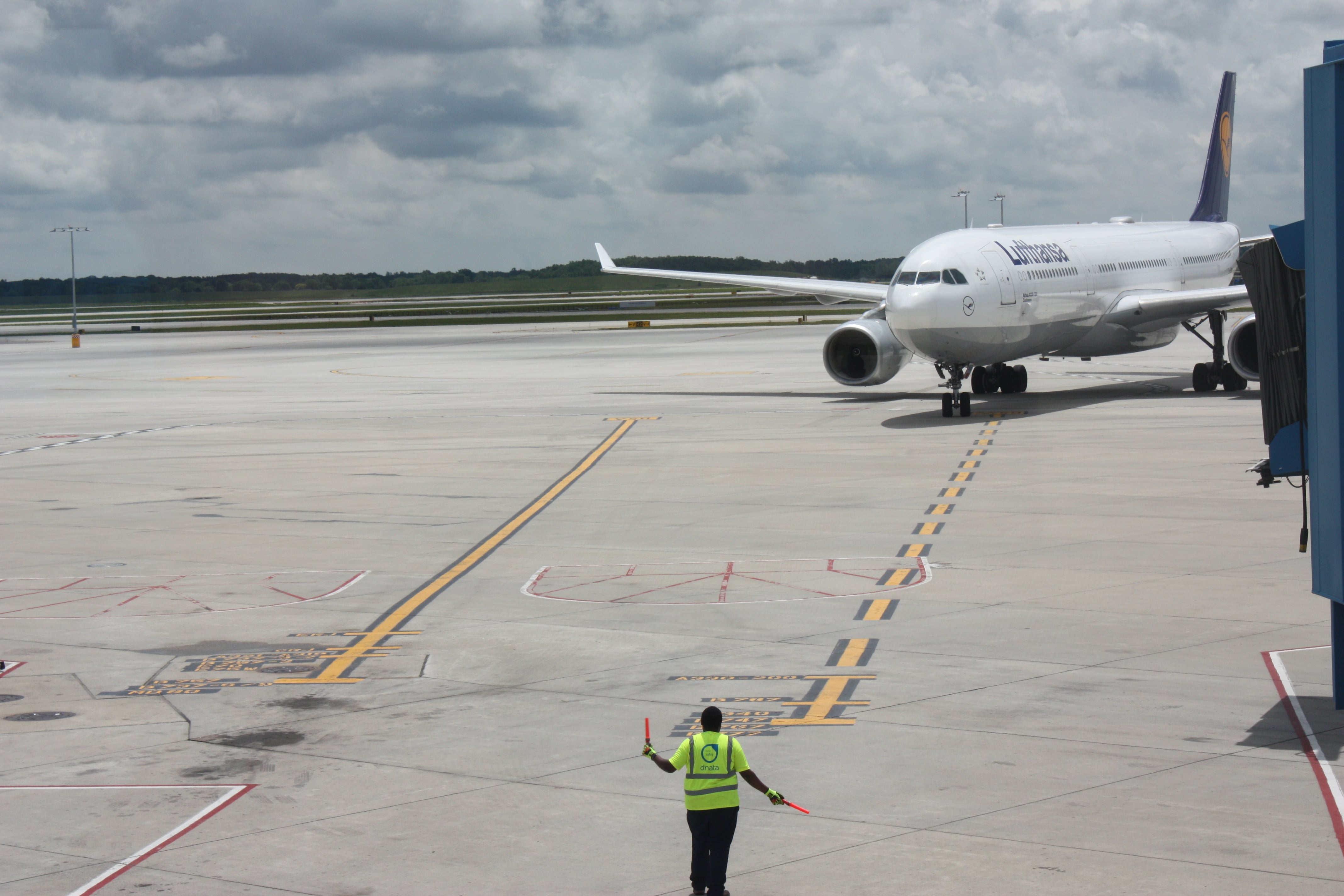